Zambia’s negotiations with the International Monetary Fund is progressing. The Southern African nation is requesting for support under the IMF’s Extended Credit Facility. Over 3 billion dollars in Eurobonds debt and a further 3 billion dollars owed to China. These are just some of challenges at stake as both parties ready for more talks in the weeks ahead.

The IMF wants Zambia to come clear on its debt and implement austerity measures. The southern African copper producer became the continent’s first pandemic-era sovereign default after missing a coupon payment on a dollar bond in November.

The IMF said work towards implementing fiscal reforms to correct large fiscal imbalances, ramping up revenues and improving governance was still needed. However, in a separate statement on Thursday, Zambia’s finance minister Bwalya Ng’andu said his government was committed to securing an IMF programme.

Creditors welcomed the announcement but were cautious about the speed of progress ahead.

In more than three weeks of talks, the IMF said discussions covered recent economic developments, the near-term macroeconomic challenges, and policy options to return Zambia to a sustainable macroeconomic position over the medium-term.

Zambia’s debt load was considered unsustainable even before the pandemic. That debt includes around $3 billion in outstanding Eurobonds and another $3 billion owed to China and Chinese entities. Tensions between those two groups of creditors have so far stymied attempts to restructure Zambia’s debt.

Lusaka-based economist, Chibamba Kanyama tells Business Africa that: ‘’The progress itself will be much, much clearer after the technical team from the International Monetary Fund has helped our own team here to resolve some of those issues, so that there's much more clarity on the actual physical objectives that the government hopes to attend to. So I'm supposing that the final information will only come after the elections in August.’’

It’s been nearly a year since South African Airways was grounded. The cash-strapped airline was looking to take to flight. But that goal has been postponed yet again. The South African national airline has announced that all domestic, regional and international flights will not happen until April 30 and October 30 respectively. It blames the pandemic. Meanwhile, African airlines lost a whopping 10.21 billion dollars in 2020 because of the coronavirus. This estimate was contained in a report published by the Economic Commission for Africa and the African Airlines Association.

E-commerce has seen an uptick, thanks to the pandemic. From foodstuff, clothing and all things essential, the online world has offered an incredible opportunity to local businesses in Africa. That’s why a World Bank report believes that online sales are no longer an option, but a necessity. Jumia, Africa’s version of China’s Alibaba, recorded a fourfold increase in sales of grocery items alone in 2020. According to Apoorva Kumar, executive vice-president of logistics services at Jumia, Chinese suppliers are enabling the site to meet the daily needs of customers by offering a wide variety of products at affordable prices.

The relationship between China and the platform is already on track - as the technologies currently used by Jumia - as well as its logistics base, draw heavily on the Chinese experience.

Nevertheless, this African company still has a lot to learn from Chinese sales platforms in order to boost sales and continue adapting to the changing environment generated by the pandemic.

Created in 2012 in Nigeria, the platform which has been described as the "African Alibaba", should see good results this year, a return to grace for a company whose losses amounted to 246 million US dollars.

Jumia currently operates in 14 African countries and boasted around 6.8 million active users as of June 30, 2020. 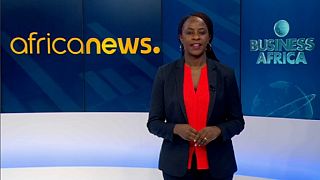 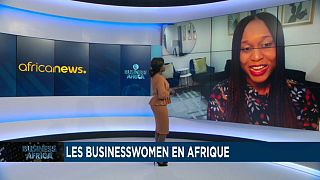