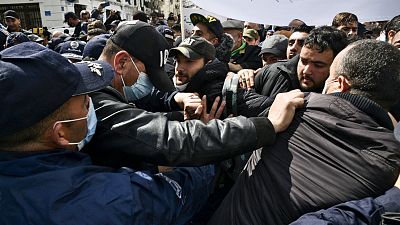 Hundreds of students and Hirak movement sympathisers protested in Algiers on Tuesday in a fresh rally against the Algerian government.

The pro-democracy movement, known locally as "Hirak", first mobilised in February 2019 and within weeks forced then-president Abdelaziz Bouteflika to abandon a bid for a fifth term and resign. The group restarted its protests three weeks ago.

Demonstrators carrying banners reading "The regime is dead and it is not possible to resuscitate a corpse," marched through the capital's main streets to reach the Grande Poste, a traditional rallying point for supporters of the protest movement.

"The essential demands of the students are the departure of the 'system', an independent justice and a free press, so that it can transmit what the people say and not what the system says", said Ilyes, a 25-year-old protester.

The protesters took up the Hirak slogans - for a "free and democratic Algeria" and a "civil and non-military state".

The protest movement still demands the dismantling of the "system" in place since independence in 1962, synonymous in its eyes with authoritarianism and corruption.

Public gatherings in Algeria are currently prohibited due to the Covid-19 pandemic.

President Abdelmadjid Tebboune, once a premier under Bouteflika and elected in a widely boycotted 2019 presidential poll, has reached out to the protest movement while seeking to neutralise it.

Protesters see the regime as little changed from the one led by his predecessor.

Meanwhile in Geneva, the United Nations' rights office said Friday it was "very concerned about the deteriorating human rights situation in Algeria and the continued and increasing crackdown on members of the pro-democracy Hirak movement".

The office had "reliable information" indicating that hundreds of people had been detained since street protests resumed on February 13, after months of being forced online because of the pandemic, spokesman Rupert Colville said. 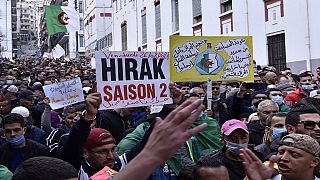 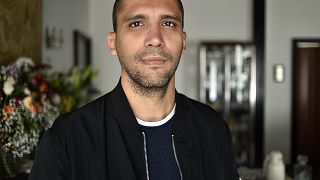