It's International Women's Day on March 8. To mark the momentous occasion Africanews spoke to the First Lady of the Democratic Republic of Congo Denise Nyakeru Tshisekedi.

She is a champion defender of women's rights with the foundation that bears her name, which fights against gender-based violence. She also worked as a nurse for many years.

In this interview with Africanews journalist Nathalie Wakam, the first lady spoke about the coronavirus pandemic, inspiring women to become the next leaders and the assassination of the Italian ambassador to the DRC.

You can watch the full interview in the player above.

"I am going through this difficult period like everyone else. I have lost those close to me and loved ones, but I am confident in the future. Thanks to the solidarity, from Africa, we will overcome this pandemic," said Denise Nyakeru Tshisekedi.

"The pandemic, yes, but the pandemic caused by coronavirus affects the whole world and the entire population, but healthcare workers are most at risk from the disease. As a former caregiver, I imagine the sacrifice that caregivers make to cope with this disease. I have a lot of admiration for these women and men who save lives by putting their own in danger."

Question: UN Women has decided this year to celebrate female leadership and its incredible efforts in pandemic management, how did you see or perceive this involvement by women?

"For me, women working in the health sector, that is to say nurses, caregivers for the most part, are women who have taken and continue to take enormous risks. They are out there to protect others. Their involvement is remarkable. I have not forgotten those who, despite the pandemic, they have shown exemplary courage in running their household.

"What to say about those who because of Covid 19 stimulated innovation, and ingenuity in health and those who have contributed enormously to raising awareness of barrier gestures? It is thanks to everyone's defense, thanks to our resilience, that we have faced the disease and are going to overcome it."

Question: There are very few women when it comes to leadership or in positions of responsibility, and it is difficult to reach 15 percent. Some people think quotas should be imposed. Rwanda and South Africa have them already for the national assembly, for example, parliaments are very mixed. Should the DRC also have these quotas?

"Acting on the causes and the education of young girls is the key to having a much larger pool of quality women. Regarding and appealing to the efforts of the government in terms of who introduced free primary education, I have dedicated an entire axis of my vision of the highest numbers to education, especially that of young people -- with particular emphasis on the education of girls and women in science and engineering technology and mathematics. Scholarships from my foundation are awarded to finalists of the BAC in order to contribute to the creation of a female elite of tomorrow.

"Then there is the implication of the laws. A courageous consensus must be found to implement them. For example, we have reached an important percentage of 17 percent of women in the past government. A first in the DRC. A big step for an emerging democracy or one which can do better. And we have to do better."

Question: The Congolese Nobel Peace Prize winner Dr. Denis Mukwegue is known around the world for his work healing female victims of this violence and I believe you have visited his hospital, during this time what did you learn from these women?

"At Panzi Hospital I visited female survivors of sexual violence and those with fistulas. I was very moved to discuss it with them. It just reinforces my commitment to the fight against these atrocities. At the Panzi Foundation, I spent a moving time with the victims and children born out of rape. Seeing their pain turned into hope within this structure touched me. The work of the fight against sexual violence in my country and in Africa in general and requires all our involvement. Each of us, wherever we are, can make a contribution."

Question: Let's talk about what your foundation is doing to prevent violence against women since the figures are quite worrying, especially since the first 6 months of last year, 26,000 cases of sexual violence were registered according to the UN, an increase of 28 percent compared to 2019.

"In 2019, I agreed to carry out a global advocacy role of the United Nations on the issue of preventing conflict-related sexual violence. I also agreed to carry that of the United Nations Population Fund with regard to the fight against GBV and the promotion of the empowerment of women in the Democratic Republic of the Congo. With this title of champion and ambassador respectively, I work to accelerate change, spread advocacy and awareness on the issue of sexual violence, while respecting the voice of survivors. I encourage political will and their commitment at the highest level. Several actions have been carried out since March 2019. These include awareness-raising meetings that I organize with young people from different provinces of my country to discuss, by example, on positive masculinity."

Question: We were talking about violence against women, who are the main victims of conflict zones. We know that the east of your country is a very sensitive area. As seen in the recent drama with the assassination of the Italian ambassador and his Congolese driver. It is not strictly speaking in connection with sexual violence, but this is a matter of concern. Is this environment likely to further destabilise your fellow citizens?

"Much emotion after this drama. My condolences to the families of the deceased- I had the opportunity to offer my condolences in the company of the Head of State to the widow and children, as well as to a small Italian community.

"It is a tragedy that we deplore." 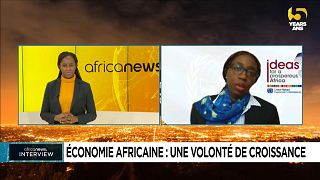 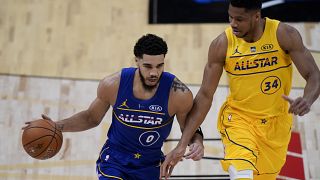 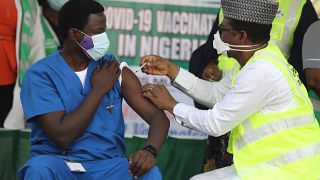