Though the road has not been easy, 17-year-old Luca Abdel-Nour has become the first Egyptian to win an award at a prestigious ballet competition in Switzerland, coming in second place at the Prix de Lausanne, which was held virtually this year due to the Covid-19 pandemic. The young dancer says he wants to be a role model for other ballet lovers in his home country.

"I hope I can encourage some boys or some people to join ballet, not just boys also boys and girls, not just young boys, like older people who just want to try ballet. I think it's a very beautiful art form and I think anyone who wants to try it should try it and I hope that I inspire some people in the Middle East or all around the world that don't have direct contact or direct information about ballet to be able to pursue it if they wanted to."

He received a one-year scholarship in Budapest before landing in Zurich where he took all the technique from scratch, gave it all and was injured in the legs the first year.

His achievement has caused a lot of social network responses, with some claiming they are proud of him, others cynical, and even offensive.

"I've gotten a lot of social media attention in Egypt for being a male ballet dancer, also for being the first Egyptian ballet dancer going to the Prix de Lausanne since 49 years, and there's of course a little bit of negative comments and stuff but there is a lot people that have been really supportive of me doing it, saying that I've inspired them to do ballet in a society where ballet is not really encouraged. Yeah, you get both, you get the positive, you get the negative and you have to choose what you want to listen to"

The director of the Cairo Ballet, said everyone should be proud of him"And encouraged parents to support their children just as they would if they wanted to play football. 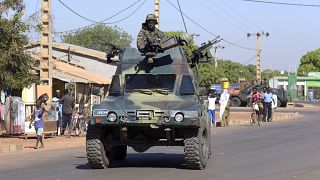