Libya's newly-elected prime minister failed to name members of his Cabinet ahead of an expected deadline Thursday, raising questions over whether his transitional government can unite Libya's factions.

Prime Minister-designate Abdul Hamid Mohammed Dbeibah was set to announce his much-anticipated Cabinet in a news conference from the capital, Tripoli, and send it to Libya's House of Representatives for approval.

Instead, Dbeibah told reporters he only shared with Libyan lawmakers proposed guidelines for the selection of Cabinet members and an outline of his priorities in the coming period.

Appointing the Cabinet is part of an UN-backed transitional roadmap, which envisages holding general elections in the war-torn North African country by the end of the year.

Since 2015, Libyan state institutions have been divided between two administrations: one in the east and another in the west, each supported by a vast array of militias and foreign governments.

Earlier this month, Dbeibah was elected as prime minister by Libyan delegates at a UN-sponsored conference near Geneva.

The 75-member Libyan Political Dialogue Forum also elected a three-member Presidential Council, which along with Dbeibah should lead the country through general elections on December 24.

Mohammad Younes Menfi, a Libyan diplomat from the country’s east, was selected as chairman of the council.

Dbeibah must win over not only critics at home, but foreign powers with competing interests in Libya.

The GNA, backed by Turkey, has been pitted against forces loyal to Haftar in the east, backed by Egypt, Russia and the UAE.

That parliament, which never recognised the legitimacy of the GNA, is itself split.

In 2019, 50 deputies staged a boycott in protest at Saleh's support for an aborted bid by Haftar's forces to seize Tripoli, before a UN-brokered ceasefire last October.

Now deputies can't even decide where to convene for the vote on Dbeibah's team.

Saleh wants to hold the session in Sirte, half-way between east and west, but the majority of lawmakers prefer Sabratha, west of Tripoli.

If a quorum for parliament is not met, the 75 delegates who took part in the Switzerland talks would vote for the executive.

"What we are likely to witness is a war by other means -- jockeying over foreign support, sovereign positions, ministerial portfolios... This politicking will... likely culminate in another conflict," the analyst said. 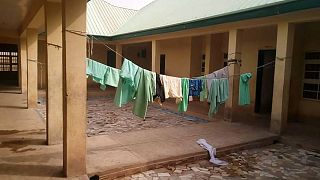 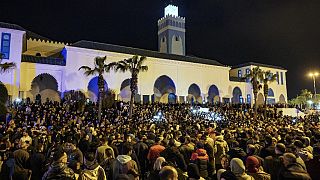 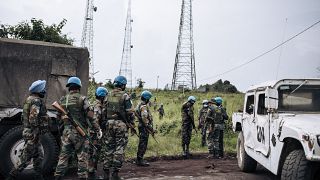