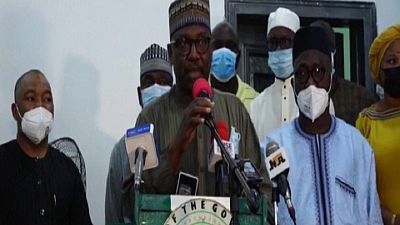 53 Hostages Have Been Freed

Kidnappers have released 53 hostages including 20 women and 9 children whom they seized on a state-owned bus in Kundu village in Niger State, Nigeria, as confirmed by local authorities.

While dozens of others taken from a school in Kagara in a separate incident are still missing.

"We went through one week of dialogue, consultations, hard work, sleepless nights because we had to ensure that we secured at least within this shortest possible time. We still have students from science secondary school in Kagara and everything is being done to ensure that they are released the soonest."

It is unknown if a ransom was paid for the release of the freed bus passengers who received medical checkups before being reunited with their families.

Criminal gangs known locally as "bandits" in the northwest and central regions of Nigeria have scaled up attacks in recent years — kidnapping, raping and pillaging.