Kenya is again under siege by a swarm of desert locusts that are threatening farmers’ crops and pastures.

The UN Food and Agriculture organisation says locusts are swarming across several countries in the region and 3.5 million people could be impacted by May.

"They'll finish (everything) look at this corn, if you look at it, it means that it only has today and tomorrow, the day after that there will be nothing left," said farmer Jane Gatumwa.

"We used to have some weeds that we used to feed our cattle but nothing is left now, they (the locusts) finished everything, it's all dried up. "

Last year Kenya faced its worst locust invasion in 70 years that threatened the food security of millions of people.

"When we look at the magnitude of the problem, it's much bigger than an outbreak and it's an upsurge," said Cyril Ferrand, FAO (Food and Agriculture Organization of the United Nations) East Africa resilience team leader.

"So that's really the second biggest intermediate level of infestation, that is spreading across the entire region from Sudan to Somalia to Kenya."

The locusts are young now but will mature, and reproduce in the coming months.

"As Kenya is heading into the rainy season we've got immature swarms now. If any of those little swarms do escape us and get into potential breeding areas, that's re-infestation," said Batian Craig, director of the security company 51 Degrees.

"So it's important that we deal with every single one. But I suppose one of the biggest things is that we don't want a re-infestation. "

But Kenya is beating back the swarm this year along with UN efforts, the government has established eight control bases. 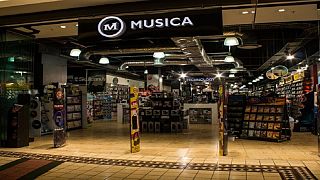 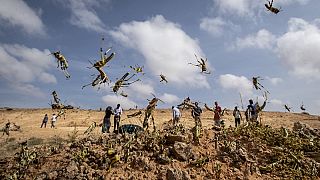