Bayern Munich can dream of a sixth consecutive title: the German club will play the final of the World Club Championship in Qatar against the Mexican Tigers on Thursday, after easily disposing of African champions Al-Ahly 2-0 on Monday thanks to a double from Lewandowski.

Bayern are bidding to become only the second team after Barcelona in 2009 to win all six domestic and international titles up for grabs in one season.

The semi-final against the Egyptian team of Al-Ahly was won by Robert Lewandowski, who scored in the 17th and 85th minutes: first with a close shot in the box, and then by heading home a Leroy Sane cross.

"We would have liked to score the second goal a little earlier but we are in the final, and I want this sixth title," said the Pole after the game.

The Egyptians were attacked by Hansi Flick's men, but their rigorous defensive organization prevented them from collapsing and allowed them to stay in the game almost all the way to the end.

"It was a difficult game. We faced a great team, Bayern Munich, the European champion. We managed to an extent to withstand their offensive force; they have several exceptional players in their offensive line. It was difficult to withstand them for ninety minutes. Losing by 2-0 is after all not a bad result. We still have a match in this tournament. We hope to please our supporters by achieving a good result in the match to determine the third and fourth", said Al Ahly defender Mohamed Hany.

Bayern finished the match with 70% possession and 23 shots on goal, compared to 5 by their opponents.

The German side will face Mexico’s Tigres in the final on Thursday after the Mexican club saw off Brazilian giants Palmeiras on Sunday. 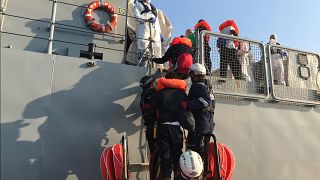