Hundreds of migrants rescued off the Libyan coast in the past few days have arrived in Italy, where they disembarked on Monday.

The NGO SOS Mediterranee said the 422 migrants were rescued by their ship, Ocean Viking, during several search and rescue operations in the Mediterranean Sea between February the 4th and 5th.

The NGO said a small number of the migrants, who are mostly from Sub-Saharian Africa, initially tested positive for COVID-19 when tests were administered by the crew on the ship after being rescued.

They were isolated on the aft deck of the ship while at sea.

Italy granted permission for the SOS Mediterranee vessel to enter the Sicilian port of Augusta, and the Ocean Viking reached Augusta on Sunday night.

On Monday, Italian local health authorities conducted more Covid testing aboard the ship before allowing the migrants to disembark.

The NGO also said that on Saturday one pregnant woman in critical condition was evacuated with her partner by a helicopter of the Maltese Armed Forces and transferred to Malta for urgent treatment. 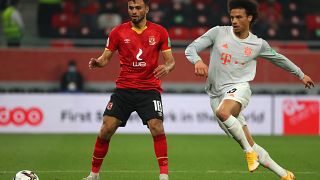