Seychelles' beaches may not be teeming with visitors now but the country's hotel owners are getting ready.

The Indian Ocean archipelago, whose economy is dependent on tourism, this month began welcoming people who have received the Covid-19 vaccine to visit.

Hotel director Terry Sandapin does not expect business to go back to pre-pandemic times immediately but is nonetheless happy for the reopening.

"I think it's a good move, as long as it is very controlled. It has to be controlled for the time being, until the time comes for us to fully open," he said.

"Although the government has announced, they know that the amount of tourists won't be that big coming in, but we are just preparing ourselves to be ready, when it happens, when the mass tourism starts flowing in we are ready for them."

The Seychelles Tourism Board has said visitors must present a certificate confirming that they were vaccinated, in addition to a negative Covid-19 test taken less than 72 hours prior to travelling.

The country is also allowing unvaccinated travellers from 'Category 1' such as Australia, New Zealand and Vietnam.

According to the tourism promotion agency, different hotels have been reserved for different visitors.

Since the start of the pandemic, the economy has slowed significantly, with some 700 Seychellois losing their jobs, according to government figures.

Seychelles began vaccinating its population against the coronavirus in early January, the first African nation to do so.

The 50,000 Sinopharm vaccine doses were a donation from the United Arab Emirates.

President Wavel Ramkalawan has said 50,000 more AstraZeneca doses would be delivered to the country at the end of January.

Seychelles has recorded 1,033 cases and three fatalities out of a population of 100,000. 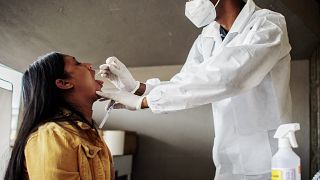