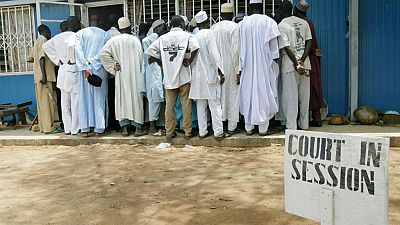 A teenager in Nigeria's nothern city of Kano who was sentenced last year to 10 years' jail for "blasphemy" by an Islamic court has had his sentence overturned by a court.

Aged just 13 when he was sentenced, Umar Farouk "is hereby discharged and acquitted", the Kano state appeal court said Thursday.

"The judgement of the Sharia court is hereby nullified for lack of credibility and considering the appellant is a minor," the appeal court added.

The court applying Islamic sharia law, enforced in some Muslim-majority states in northern Nigeria, sentenced Farouk to 10 years' forced labour after convicting him of blaspheming during an argument with a friend.

The ruling sparked international condemnation from governments and rights groups and in September, 120 volunteers led by the director of the Auschwitz memorial in Poland, offered to serve part of the 10-year jail sentence.

The Kano court on Thursday also ordered a retrial for a 22-year-old musician, Yahaya Aminu Sherif. Sherif had been sentenced to death by the same sharia court for blaspheming against the Prophet Mohammed in a song.

He did not have legal representation during his trial, the Kano court found, adding that he should be tried by a different judge this time. People marched in Kano in March last year when his song was first released, burning the singer's family home and calling for his arrest.

Sherif's death sentence was the second issued for blasphemy since the adoption of sharia law in several northern Nigerian states in the early 2000s, with Islamic courts operating in parallel to the state justice system.

Abdul Nyass, who belonged to the same Sufi order as Sherif, was convicted of blasphemy by a Kano sharia court in 2015.