South Africans have called on their government to speed up processes to acquire covid-19 vaccine. The Southern African nation is battling a second wave of the virus largely due to the variants which scientists are currently studying.

Residents acknowledge the government’s efforts, but say the clock is ticking.

"People are losing their lives every second with the coronavirus second wave. It is killing and hitting hard. The government is trying its best, but from what I'm seeing they are slow in acquiring the vaccine", a nurse, Shadrack Mutapani said.

So far, more than 35,000 confirmed deaths have been reported in South Africa. Here in this informal settlement in Soweto, locals are also concerned about the surge in coronavirus cases.

Daniel Mabunda is a waste picker. Like others he wants the government to speed up processes for the vaccine.

South African President Cyril Ramaphosa has said the government has already secured 20 million doses of the vaccine. Healthcare workers on the frontline are expected to be vaccinated first. 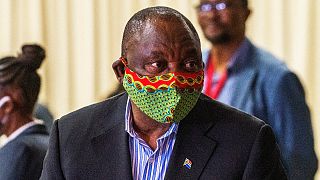