More than 70 people have been killed and dozens injured in what is believed to be an inter-communal violence in a village along Niger’s restive border with Mali.

Niger’s Interior Minister Alkache Alhada confirmed the attack took place in two villages of Tchombangou and Zaroumdareye, near the border with Mali.

The minister further added that the attack is believed to be in retaliation to the earlier killing of two fighters by villagers.

The area has been characterized with high level of insecurity. Three years ago, US and Nigerian special forces soldiers were killed by jihadists.

Travel by motorbike has been banned in Tillaberi since January in a bid to pevent incursions by highly mobile rebel fighters riding on two wheels.

Niger, one of the poorest countries in the world, shaken by numerous coups d'état, has never experienced a democratic succession between two presidents since independence in 1960.

Niger is facing attacks in the Southeast from the Boko Haram jihadists near the border with Nigeria and southwest by extremists from neighboring Mali. 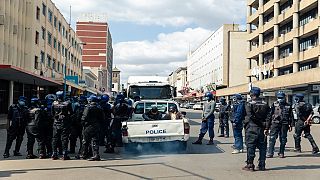