Since Ethiopia's government launched a military offensive on the northern Tigray region in November, a new conflict is ensuing over land rights.

In early December locals in Alamata, a farming town in southern Tigray, celebrated the release of a self-described political prisoner under Tigray's former ruling party.

He was detained in 2018 by the former Tigray People's Liberation Front party for advocating his fertile homeland -- located in an area known as Raya, of which Alamata is the biggest city --had no business falling under Tigrayan control.

"We don't want to live with Tigray people, who don't know our culture and traditions," he said.

Berhanu was detained for two years and endured beatings but after Ethiopia's government launched the attack on the TPLF, the party fled and let him go.

Now reunited with his wife and four children, Berhanu is back to agitating for the transfer of Alamata and its surroundings to Ethiopia's Amhara region, which borders Tigray to the south.

Raya is not the only place in Tigray where, since the onset of fighting on November 4, some residents have been clamouring for change.

It is a similar story in western Tigray where activists and politicians also accuse the TPLF of annexing land historically administered by ethnic Amharas.

But tensions over land have also stoked fear in Tigrayans who also live on the same turf.

In both areas, Prime Minister Abiy is, at least for the time being, relying on Amhara's special forces to provide security now that the TPLF has been kicked out.

And the word "Amhara" has been scrawled on countless abandoned homes and shuttered storefronts like a hastily graffitied claim of ownership.

Some newly-installed officials make clear they want nothing to do with Tigray, raising the possibility of future conflict over the land.

"If Dr Mulu Nega (leader of the Transitional Government of Tigray -ed) comes here there will be two or more demonstrations against it," said Kassa Reda Belay, the new mayor of Alamata.

"From this moment on, we are part of Wollo and we want to live with Amhara people."

It is not clear what the federal government's long-term plans are for the contested territory.

The Amhara region's president, Agegnehu Teshager, has said Amhara security forces did not get involved in the conflict to reclaim the land.

But Zadig Abraha, Ethiopia's democratisation minister and an Alamata native, told AFP that the city could one day fall under Amhara control.

"The people have asked loud and clear to be part of it. There is a possibility for that to happen and we will have to wait for some time," Zadig said.

In the meantime, Abiy's government is working to prop up a caretaker administration in Tigray led by Mulu Nega, a Tigrayan former higher education official.

However, another conflict will be for Tigrayans living on these lands.

Hailay Gebremedhin, a Tigrayan who has owned a clothing shop on Alamata's main street for six years said: "I don't feel safe here because there are people going around saying, 'Oh, we've defeated them, we've broken them, now they will leave.'"

In November, when fighting broke out in the mountains around Alamata, he stuffed his sneakers and other merchandise into burlap sacks and ran home, where he huddled for weeks.

Hailay reopened his shop earlier this month because he'd run out of money and food, but he's not sure what kind of life he and his fellow Tigrayans can have in the city. 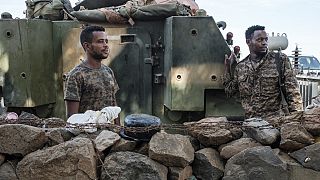 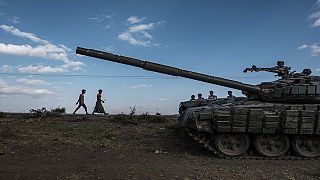 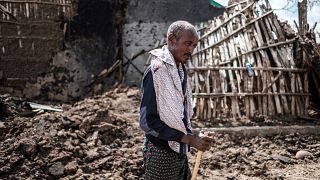