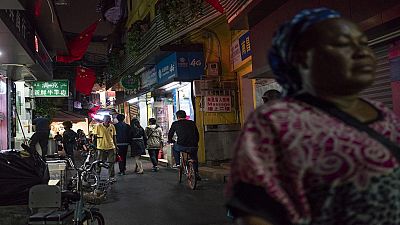 China last month joined other members of the G20 in agreeing to suspend interest payments on all loans owed by dozens of low-income countries, in a bid to ease pressure on developing economies ravaged by the coronavirus pandemic.

Most of those nations are in Africa and getting China onboard was considered something of a coup for the G20. But there are some reservations about how far China will really deliver on its side of the deal.

What is the G20 agreement?

The world's top economies agreed last month to suspend interest payments on all official loans owed by 73 low-income countries -- 40 in Africa -- until the end of June and extended the repayment period.

While the United Nations led calls for the suspension to be prolonged until the end of 2021, the G20 said it would examine the recommendation when the IMF and World Bank meet next spring "if the economic and financial situation requires" such an extension.

The final communique did not offer any guarantees.

- What is the situation at the moment?

China is the biggest investor in Africa, pumping about $148 billion in railroads, ports and airports in exchange for securing oil and commodity supplies such as copper and cobalt, according to data from the China Africa Research Initiative (CARI) at Johns Hopkins University.

These infrastructure projects are built by China lending the countries vast loans but Beijing has been criticised in the past for lending too much to poor countries, without scrutinising their ability to repay.

The 73 countries' debt owed to government creditors, most of whom are in the G20, reached $178 billion last year, of which China is owed more than 63 percent.

However, with the pandemic hammering the global economy, those in the developing world, and particularly Africa, are feeling the pain even more with plummeting prices for oil -- a major export for many countries -- drying up a crucial source of income and their ability to pay.

What has China agreed to and why is it significant?

Chinese lenders have suspended debt service payments worth $2.1 billion, the highest among the G20. The group has in total suspended $5.3 billion worth of loan repayments by 44 debtor countries. The next biggest contributor is France with $810 million.

Beijing is by far the biggest creditor of African countries, and has up to now declined to participate in international frameworks to address debt issues. Joining the G20 plan marks a major shift for the world's second biggest economy, raising hopes of greater transparency over its African debt portfolio.

China has forgiven African debt in the past but this time it is working with other countries.

But its reasons for joining the agreement might not be entirely altruistic, Elling N. Tjønneland, at the Chr. Michelsen Institute in Norway, told AFP.

China has opted to join "because there is no other option in many cases", he said. "The borrower is not able to service the loan so Chinese lenders will have to find a solution."

Is this as good as it sounds?

Simply put, no. The $2.1 billion figure compares with $13.4 billion owed to China this year by countries eligible for relief, according to the World Bank.

The lack of transparency and co-ordination among big Chinese policy banks has made it difficult to renegotiate debt, while African countries have borrowed more from private lenders than through official bilateral loans.

Private lenders are not covered under the G20 agreement and Chinese lenders operate in silos meaning there is a lack of information about what has been lent to whom.

"China has said that it was fully involved, but they didn't have a process to get all of their big creditors... to work together, and take into account the new reality," World Bank president David Malpass said at an online event hosted by the Center for Strategic and International Studies in Washington on December 14.

Also, Beijing is not part of the Paris Club, a group that includes most Western countries and multilateral lenders such as the World Bank and which shares data on loans allowing creditors to jointly negotiate and share the burden equitably.

"This lack of transparency fuels suspicions about Chinese intentions."

With this in mind, the G20 is urging countries to push for concessions from private lenders but analysts say they will likely play hardball, not wanting to give concessions for fear of setting a precedent for future debtors.

"About 31 percent of Africa's external debt is owed to private bondholders compared to about 17 percent to China," said David Dollar, a senior fellow at the China Center at the Brookings Institution.

"So there is a real need for cuts in interest rates or debt relief by private payers." 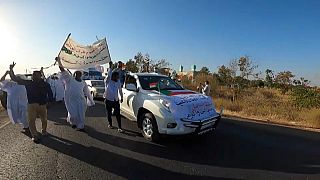 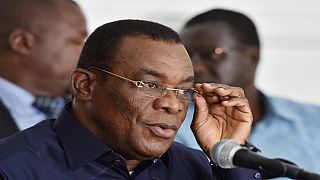