Algeria demandes for all of its archives over more than 130 years of colonial history with France.

On Monday, the director of the Algerian archives, Abdelmadjid Chikhi said the demand is only necessary in the logic of building peaceful and balanced relations the two countries.

Algeria had earlier this year received the skulls of 24 resistance fighters decapitated during France's colonial occupation of the North African country, and which had been stored for decades in a Paris museum.

The skulls, once viewed as war trophies by French colonial officers, were flown into Algiers airport earlier this year on a Hercules C-130 transport plane, escorted on arrival by Algerian fighter jets.

Although France returned to Algeria part of the archives that it kept, but it kept the part concerning colonial history and which, according to it, falls under the sovereignty of the French state

The Director also strongly critized the French legislation on public archives, stating that they are “inalienable and imprescriptible“. 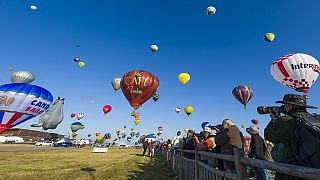