The 33-year-old defeated Nigeria's Olanrewaju Durodola with a 7th round knockout to retain the WBC cruiserweight belt at the Kinshasa arena on Saturday.

Both opponents staged a spirited fight, before fatigue set in for Durodola ahead of round six.

"In any case I'm proud to be Congolese, I also ask the Congolese to be proud of being Congolese", said Makabu after the fight.

Olanrewaju Durodola is the reigning African cruiserweight champion, a title he won in February 2020. 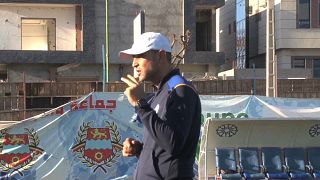