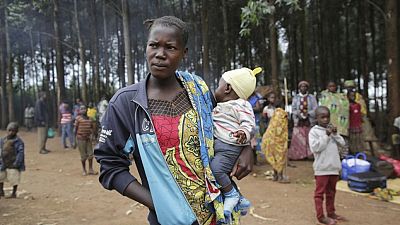 The number of people forced to flee their homes passed 80 million in 2020, the UN refugee agency said in a report released Wednesday in Geneva.

According to UNHCR’s Mid-Year Trends report on forced displacement, the figure includes 45.7 million internally displaced people (IDPs), 29.6 million refugees and others forcibly displaced outside their country, and 4.2 million asylum seekers.

Violence in the Democratic Republic of the Congo, Mozambique, Somalia and Yemen all contributed to driving new displacements in the first half of 2020.

“We are now surpassing another bleak milestone that will continue to grow unless world leaders stop wars”, said Filippo Grandi, UN High Commissioner for Refugees.

The Sahel region, which is battling a brutal militant insurgency has also seen fresh displacement according to the report.

The UNHCR said plans to resettle refugees were affected by the outbreak of the coronavirus.