Ivory Coast President Alassane Ouattara met with a main opposition rival on Wednesday and promised to pursue talks aimed at calming a standoff over the October 31 election, which has ignited clashes killing scores of people.

The election handed Ouaterra a third term, which some say violates a two-term constitutional limit.

"It was a first meeting... to break the ice and restore trust," said Ouattara.

"And we agreed to meet again very soon to continue this dialogue, which has got off to a good start and mutual trust is restored."

Both Ouattara, 78, and Bedie said the meeting was an important first step but did not indicate that they had made any concessions.

Bedie, 86, said: “In the days and weeks ahead, we will call each other and meet so that the country becomes what it was before.”

Ouattara was declared victor of the election with more than 94 percent of the vote, which was boycotted by the main opposition.

Up to 85 people have been killed in the clashes that ensued after Ouattara decided to run for a third term.

More than 8,000 people have fled the country to seek refuge in neighbouring states, fearing the violence last seen after the 2010 election, which killed more than 3,000 people, could reignite. 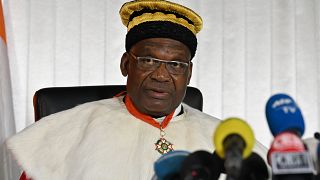 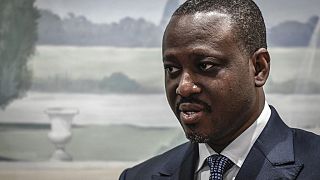