Two more candidates are officially in the running to be president in Cote d’Ivoire in time for the Monday night submission deadline. Both candidacy bids were filed in their absence and in spite of the earlier decision taken in August to exclude the bid of anyone convicted of a crime or misdemeanour and stripped of their civil rights by the independent Electoral Commission (IEC).

The rebel leader, Guillaume Soro is candidate number 1 and now officially in the running to be the next Ivorian president. Currently, in self-imposed exile in France, the former ally of President Ouattara had his candidacy bid — which was initially rejected by the IEC, filed on his behalf.

And the other candidate, number 2, is Laurent Gbagbo. He is also in exile in Belgium and likewise believed to be irrevocably removed from the electoral list. He appears to be extremely popular and beloved amongst his devoted supporters who have formed a pro-Gbagbo coalition calling themselves “Together for Democracy and Sovereignty” and quite unapologetically submitted a candidacy bid in his stead.

Georgette Béda, EDS activist is proud to file the bid on her chosen candidate’s behalf, “We are gathered for the filing of the candidacy bid of our president, President Laurent Gbagbo.”

Similarly, Jocelyne Blé, a pro-Gbagbo activist, is impassioned, "If Ouattara is a candidate, we have to be candidates too. We have to let President Laurent Gbagbo back in the country. He must, he has to be president. We're tired of all this. Why is he a candidate and the others are not? What quality does he have that the others don't?"

Georges Armand Ouégnin, Chairman of the EDS, addressed the council, "The Constitutional Council will have the heavy responsibility before the Ivorian people and before history to decide on the validity and conformity of this delisting decision with regard to the constitution of our country."

Supposedly Outgoing President Alassane Ouattara, 78, was the first to submit his application last Monday, with the signatures of one million citizens, a condition for eligibility to contest for the presidency. He had initially stated that he would not run for another term (as per the national constitution which states that a president can be in position for only two terms) but changed his mind following the sudden death of prime minister Amadou Gon Coulibaly, the initially chosen candidate by his ruling party.

Although the constitution limits presidents to two terms, Ouattara and his supporters argue that a 2016 constitutional modification reset the clock which would legally permit him to run for a third term.

With several political heavy hitters in the running, the upcoming October elections promise to be exciting. 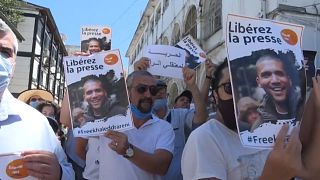 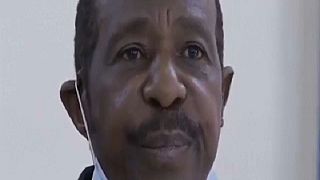 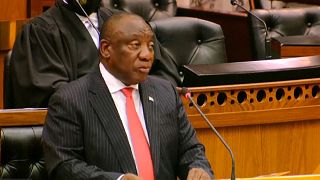