Global clean-up efforts in the powder-blue waters along the Mauritian coastline after a shipwreck last month — that caused a leak of more than 1,000 tonnes of oil was declared an environmental emergency, A situation even more dire after the vessel split in two.

French minister of overseas territories, Sebastian Lecornu, who stated that at least 10 months of work will be necessary to accomplish the task, supervised the pollution-effects mitigation activity Sunday. This came after a stop in La reunion to warn of the potential reach of the spills to their island’s waters. India also sent 28 tonnes of equipment including booms, barges and skimmers with a 10 member team from their national coast guard.

Prime Minister Pravind Jugnauth has come under fire for supposedly doing too little the ship ran aground. A sentiment echoed by opposition leaders. His government has vowed to seek compensation from the vessel owner and the insurer of the ship for "all losses and damages" caused by the spill — including the costs of lean-up.

Nagashiki, said owner, has pledged to "sincerely" respond to requests for compensation over damage to the marine environment. Japanese Environment Minister, Shinjiro Koizumi, said in a statement Saturday that he planned to dispatch a team of environment ministry officials and other experts to Mauritius to "swiftly assess what the ministry can do." He added to reporters that Tokyo sees the disaster "as a significant crisis that could result in the loss of biodiversity."

Thousands of Mauritians have already volunteered day and night since the onset. The coming together in response to what some are calling the Indian Ocean island nation's worst ecological disaster is not in vain with the promising result of more than 800 tonnes of oil liquid waste and more than 400 tonnes of solid waste sludge and debris removed from the ocean as of Sunday.

The bulk carrier MV Wakashio ran aground on a coral reef off the southeastern coast of Mauritius on July 25 and began oozing oil more than a week later, threatening a protected marine park boasting mangrove forests and endangered species. Mauritius declared an environmental emergency and salvage crews raced against the clock to pump the remaining 3,000 tonnes of oil off the stricken vessel.

The spill is both an environmental and economic disaster for Mauritius, which relies heavily on tourism and food production from its waters. 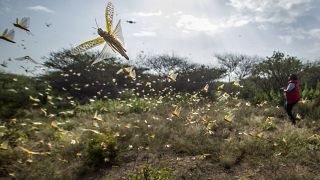 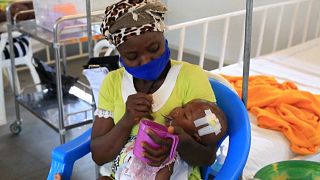