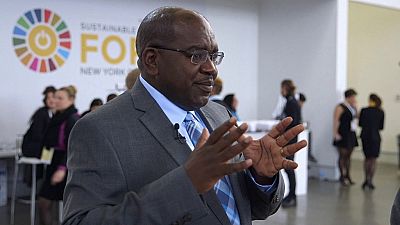 <p><strong>Zambia’s Health Minister on Thursday appeared before a Lusaka magistrate and denied four counts of corruption involving alleged purchase of business shares and property with suspected proceeds of crime.</strong></p> <p>This was the first time Chitalu Chilufya, 47, was asked to enter a plea in court since his arrest by the anti-corruption agency last month. He faces up to five years in jail if convicted.</p> <p>Chilufya’s arrest is a test of the Zambian government’s willingness to keep a promise to tackle graft amidst increased scrutiny by foreign holders of the country’s massive debt.</p> <p>The charges against Chilufya cover the period between December 2016 and January 2018.</p> <p>Prosecutors allege that on four separate occasions, the health minister used money believed to be proceeds from crime to acquire property, shares in a tourism firm and a passenger boat from the United Arab Emirates.</p> <p>The opposition is demanding that he be removed from office so that he does not interfere with the case. But President Edgar Lungu said he should continue working because he is not guilty.</p> <p>The case also highlights infighting within the ruling party ahead of next year’s elections. Chilufya’s supporters say he is being targeted because he is a potential presidential candidate to replace President Edgar Lungu. </p> <p><strong><em>Agencies</em></strong></p>