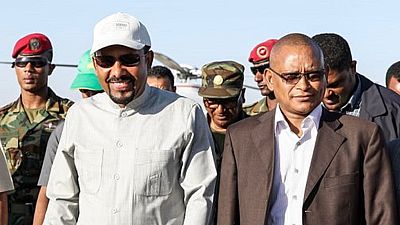 Ethiopian opposition party, the Tigray People’s Liberation Front (TPLF), has accused Prime minister Abiy Ahmed and his government of being in chaos and trying to thrive in chaos.

“It has become fashionable to blame TPLF for everything that goes wrong in the country,” Getachew Reda, a TPLF spokesman told the BBC denying that the front had any hand and or interest in the killing of Oromo entertainer Hachalu Hundessa early last week.

In a six page document titled “Context and Updates of Current Issues in Ethiopia,” the PM’s office cited two main factors for the assassination and subsequent deadly protests and mass arrests.

The document said “Unabated attempt made by aggrieved forces to perpetuate political tensions and increasing political polarization and the negative role of media in creating ethnic tensions;” were at the heart of the issues.

“It’s a flat-out lie,” Reda told the BBC stressing that the TPLF “doesn’t believe in eliminating individuals to make political scores.” The PM’s statement did not specifically mention TPLF but made inferences to them.

The paragraph that seemed to be pointing at the TPLF read: “… it should be mentioned here that the government is under constant and unrestrained pressure from disgruntled forces, organizing and supporting anti-peace elements, by using the economic and political muscles they have built over the last three decades, in order to undermine this inevitable reform process.”

Strategy of demonising TPLF deflects some of the Oromo anger but risks deepening sense of siege, victimhood in Tigray Region and stoke, potentially, new armed conflict.

Aside the TPLF, the governing party had also accused former Oromo rebel group of being behind the shooting of Hachalu Hundessa. Amid high security deployment, Addis Ababa and Oromia regional state remains peaceful according to reports.

Ethiopia is in the tenth day of an internet blackout that was effected the morning after the musician was killed. It is the longest blockade since Abiy came to power. A spokeswoman has defended the move.

“… if the internet is being used by certain forces to spread hate speech and vitriol, that is perpetuating and initiating ethnic, religious and communal violence, then ensuring human security supersedes,” Billene Aster Syoum told the BBC.