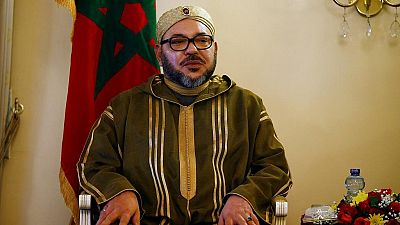 Morocco’s King Mohammed VI “ on Sunday successfully underwent” an operation at the clinic of the Royal Palace in Rabat after a “recurrence of heart rhythm disorder such as atrial flutter,” his medical team announced.

The Monarch’s doctors recommended an additional radiofrequency ablation, which took place this Sunday, June 14, at the clinic of the Royal Palace in Rabat,” the statement said.

The statement also added that “the intervention was a complete success, like the previous one carried out on February 26, 2018 in Paris, with restoration of the normal heart rhythm.

The 56-year-old monarch underwent a “complementary ablation by radiofrequency”, which resulted in a “complete success” with “restoration of normal heart rhythm,” his medical team said in a statement relayed by the Moroccan news agency (MAP) on Sunday.

Morocco’s King Mohammed VI underwent successful heart surgery in Rabat, according to a statement issued by the Royal Cabinet https://t.co/PM7m9B4Mwx

In February 2018, the king of Morocco had undergone “successfully” a similar operation in a Parisian clinic.

Mohammed VI has reigned over Morocco since July 1999, when he succeeded his father Hassan II.