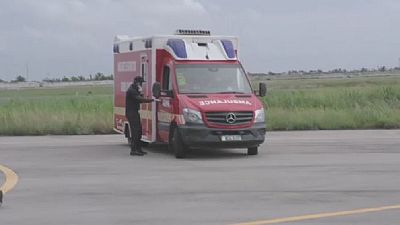 An attack against a military post on the Ivorian border with Burkina Faso killed 10 people on the night of June 10-11. Soldiers who were injured during the attack are being repatriated to Abidjan. The Ivorian Defence minister visited the injured soldiers.

“This is a terrorist attack. Whatever its nature, we are in the process of investigating it, and the investigative services will be able to determine at the end of the investigation the precise nature and origin of this attack”, Hamed Bakayoko, the Ivorian Defence Minister said.

The Defence Minister said plans have been made to strengthen security at the border.

This is a terrorist attack. Whatever its nature, we are in the process of investigating it.

“We’ve made arrangements, and we’ll be taking stock of that attack there. And then strengthen our presence around the border. I think there’ll be air support immediately and the sweep will, I’m sure, neutralize whoever did this”, he said.

Ivorian and Burkinabe sources earlier put the death toll at 10 and 12 respectively. Both said two persons were missing and an assailant killed.

This is the first assault by Islamist extremists on Ivorian soil since March 2016, when a raid on the southeastern beach resort of Grand-Bassam left 19 people dead.