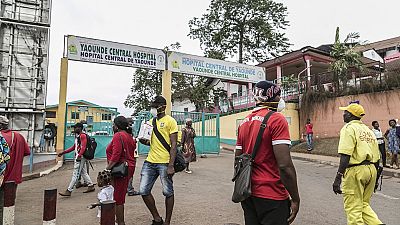 Measures to combat the novel coronavirus in Cameroon are triggering an avalanche of criticism in one of the countries most affected by the pandemic in sub-Saharan Africa.

With late border closures, no containment period, bars, restaurants and discotheques remaining open, masks imposed late, schools and universities reopening prematurely, Yaoundé seemed to stall and then sail on sight, suggesting that its authorities did not take the danger of the Covid-19 seriously when many other African countries imposed radical measures very early on.

President Paul Biya, who has been in power for nearly four decades, only appeared publicly on television on 19 May, pressured by the opposition and even the WHO, after more than two months of deafening silence. Meanwhile, all his African peers very early on, publicly at least, took up the torch of the fight against the virus.

We are seeing a particularly serious progression of the epidemic. It's extremely serious

In less than three months, the number of reported cases rose from one to more than 6,500 in early June, with more than 200 deaths out of a population of more than 25 million.

“We are seeing a particularly serious progression of the epidemic. It’s extremely serious,” Professor Eugène Sobngwi, vice-president of the scientific council at the health ministry, told the press on 24 May, brandishing the risk that Cameroon could become “the laughing stock of the world”.

The assessments “should not alarm us because so far the government has been in control of the situation,” Health Minister Manaouda Malachie replied on state radio on 1 June, also in response to countless worries and criticisms on social networks.

This progress is the result of the government’s “calamitous management” of the pandemic, although Albert Ze, a Cameroonian economist specialising in health issues, told AFP that, “we missed the opportunity to contain the virus from the outset.

Cameroon did not close its land, air and sea borders until 18 March, 12 days after the first “imported” case and weeks after many other African countries. It limited the number of people allowed in the gatherings to 50, while others set it at 10.

Other restrictive measures, such as distancing on public transport and closing bars and restaurants, had to wait until mid-March as well, but only after 6 pm.

To date, no general containment has been imposed, as in countless countries across the continent and around the world.

The impact of these measures was however “immediate, and Cameroonians understood that the problem was major,” said Professor Yap Boum II, epidemiologist and head of a Médecins Sans Frontières (MSF) research centre in Yaoundé.

“The compulsory wearing of masks reinforced this approach,” but more than a month after the start of the pandemic. Although the spread of the virus was progressing, it was “controlled” at the time, the epidemiologist added.

Until 30 April, when the government unexpectedly eased these restrictions, bars, restaurants and discos were allowed to reopen after 6 p.m., and measures to distance public transport were eased.

This “led to an almost total relaxation of the population, as if this announcement sounded the end of the epidemic,” laments the scientist.

“Fewer and fewer people were seen wearing masks and more and more people were seen in bars, and a month later we have more than tripled “the number of reported cases and deaths”, he notes, establishing a “direct link between this relaxation of measures, the ensuing indiscipline and the current situation”.

Against all expectations, the government also reopened doors of schools, colleges, high schools and universities on June 1, even though it anticipates the epidemic’s peak “in June.” A premature resumption according to the country’s teachers’ unions.

“The state has made available a ridiculously low number of materials, 3,000 masks for example,” not even one per teacher in secondary schools and colleges, vexed Roger Kaffo, general secretary of the National Autonomous Union of Secondary Education (SNAES).

But according to Daniel Claude Abate, president of a local group of small and medium-sized businesses, “we cannot afford to stop our countries, with fragile economies, as in others.”

“But it should have been accompanied by police surveillance measures,” he admits, conceding “a few mistakes”, “negligence” and “clumsiness”.