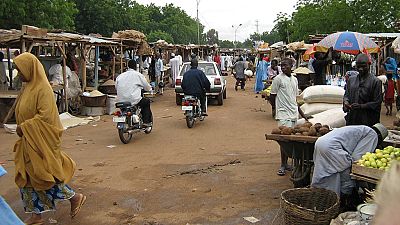 Armed criminals killed 60 people in a string of attacks on villages in the restive northwest of Nigeria, medics and residents said Thursday.

“We received a total of 60 dead bodies and several people with gunshot injuries from the villages attacked by the bandits last night,” a nurse at the general hospital in Sabon Birni said.

We lost 60 people in the attacks. The bandits killed 16 in Garki, 13 in Dan Aduwa, 22 in Kuzari, seven in Katuma and two in Masawa.

A second medic gave the same toll and said “all the bodies had bullet wounds, most of them were shot in the head”.

Both sources asked not to be named as they were not authorised to speak to journalists on the incident.

A local traditional leader talking on condition of anonymity for fear of retribution said the gunmen opened fire on homes as residents were gathered around.

There was no immediate official comment on the attacks but security sources said the police would address a press conference later Thursday.

Northwestern Nigeria has been wracked by years of violence involving clashes between rival communities over land, attacks by heavily-armed criminal gangs and reprisal killings by vigilante groups.

Cattle rustling and kidnapping for ransom have flourished in the security vacuum.

Sabon Birni district, 175 kilometres (110 miles) from the state capital Sokoto, has in recent times been repeatedly attacked by armed gangs.

Nigeria’s armed forces last week launched bombing raids against “bandit” camps in neighbouring areas of the northwest as part of the latest efforts to curb attacks.

But so far neither strategy has succeeded in halting unrest that has killed an estimated 8,000 people since 2011 and displaced 200,000.