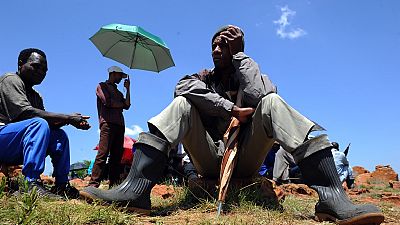 AngloGold Ashanti’s Mponeng mine in South Africa has been temporarily closed after 164 workers tested positive for the coronavirus, the gold miner said in a statement on Sunday.

The mine, the deepest in the world, only re-opened in April after being shut under a nationwide lockdown, and had been operating at around 50% capacity. It accounted for around 7.4% of the company’s total gold production in 2019.

AngloGold Ashanti, which also operates mines elsewhere in Africa, South America and Australia, said it had conducted 650 tests at Mponeng since detecting the first case of the virus there last week, and 164 employees had tested positive with only a handful of tests left to process.

As a precautionary step, and after discussions with the regulator, operations... have been temporarily halted on a voluntary basis, to complete contact tracing and to again deep clean and sanitize the workplace and key infrastructure.

“As a precautionary step, and after discussions with the regulator, operations… have been temporarily halted on a voluntary basis, to complete contact tracing and to again deep clean and sanitize the workplace and key infrastructure,” the statement said.

It added that the vast majority of the cases were asymptomatic and all those who tested positive would be isolated in line with national health protocols, with on-site facilities available for those who need them.

The statement followed an announcement by a provincial health department earlier on Sunday that underground operations at the mine would be closed until further notice after 53 workers had tested positive.

Like all South African mines, Mponeng, which employed an average of 5,051 people including contractors in 2019, was permitted to return to operating at 50% capacity in April when the lockdown, one of the world’s most restrictive, was eased.

But some workers, especially those employed at deep mines, have raised concerns about returning to work in an environment where social distancing is difficult.

A number of other mines in the industry, which employs around 500,000 people, have also had to temporarily close after workers tested positive for the virus, including mines owned by Impala Platinum and Assore.