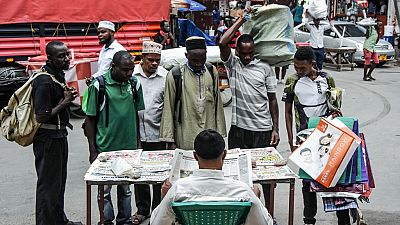 A Tanzanian opposition figure and leader of the Alliance for Change and Transparency has called on the government to publish updated infection figures of the novel coronavirus.

This comes as President John Magufuli announces that universities and sports events will resume in June citing good developments on the country’s handling of the pandemic..

“So I am very worried that President Magufuli is so in a hurry to bring the situation back to normal, regardless of the cost of lives that those decisions might cause to Tanzanians.”

He criticised the lack of data, which the government stopped releasing since late April after Magufuli cast doubts on the credibility of laboratory equipment and technicians and questioned official data on the epidemic. The last stats provided were 509 cases, 21 deaths and 183 recoveries.

“If the situation goes as it is and the Tanzanian government continues to behave the way it is behaving, it means that the turnout for the elections will be very low, because people will be afraid to go out to vote,” Kabwe stressed.

Top officials at the laboratory were suspended after Magufuli said he had secret tests performed in which a pawpaw and a goat tested positive.