A South African nurse working for the UK’s national health service (NHS) who died after contracting the new coronavirus was planning to return to her home country next year.

Josephine Peter had worked as an NHS nurse for 18 years, including on the frontline on wards treating those infected with the new virus, at Southport Hospital, in Merseyside, in the north of England.

Tributes were paid to Josephine Peter by her NHS colleagues, who gave her casket a guard of honour by clapping as it drove past the hospital.

Her family in South Africa, who had been eagerly awaiting her return to Dunnottar, near Johannesberg, when they got news that she had become seriously ill after becoming infected with the new virus.

They had to make do with watching the funeral via video link, as they were not permitted to travel

Her daughter, Buhle Peter said she and her mother last spoke when she had been moved to the intensive care unit.

Peter had worked for the NHS for years, and had volunteered to work on COVID-19 wards when Britain’s outbreak first began.

Her friend, and fellow nurse, Cynthia Charles said: “She was a brave girl. For the mere fact that she actually gave herself, offered herself.”

“And she went, very confidently so,” Charles said.

Despite losing her when they were anticipating her return to South Africa, her daughter says she doesn’t regret her working for the NHS in the UK during the new virus pandemic.

“Why would I regret that she was helping other people, they loved her, she was amazing,” her daughter said. 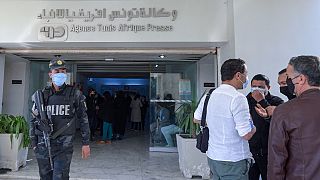 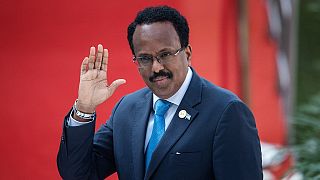