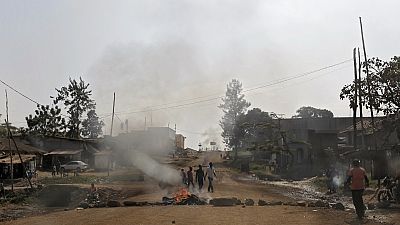 A dozen civilians were killed by armed groups in eastern Democratic Republic of Congo in two separate attacks in the North Kivu and Ituri provinces, local sources said Thursday.

Seven bodies were found on Thursday in the Beni region near the Ugandan border, a local official told an AFP correspondent.

They had been abducted the previous days by the Allied Democratic Forces (ADF) armed group, he added.

At least 386 civilians have been killed since November in the Beni region in attacks attributed to the ADF, experts from the Kivu Security Barometer (KST) said on 27 April.

Historically Ugandan Muslim rebels have settled for 25 years in eastern DRC, from where they no longer attack neighbouring Uganda.

The ADF is a very secret group and they claim nothing. Their affiliation to the international jihadist groups in Africa has never been irrevocably proven.

For the first time in months, the Islamic state “province of Central Africa” on Thursday claimed responsibility for two attacks in the same region of Beni, according to the specialist site Intelligence group.

The jihadist group claimed responsibility for the deaths of ten “Christians” in “Iringite” and three Congolese soldiers elsewhere in the Beni region.

In addition, four people have been killed further north in Ituri, a local official told AFP on condition of anonymity.

The killings are attributed to the political-religious militia Coopérative pour le développement du Congo (Codeco). Codeco claims to defend the interests of the Lendu community (farmers) against the Hema community (herders and traders). The victims of violence are mainly Hema, according to the UN.

Civil society organisations have accused Codeco of killing hundreds of civilians in the Djugu and Mahagi areas since the beginning of the year.

Young people blocked the road and the border with Uganda on Thursday to protest against the insecurity, the same local official said.