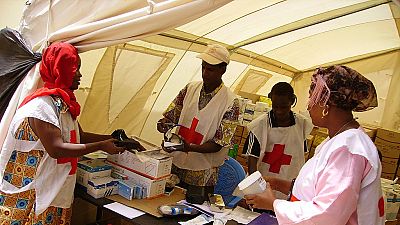 30 of Chad’s 117 confirmed COVID-19 cases are medical staff, the National Order of Doctors of Chad said in a statement, Monday.

The statement also denounced a lack of personal protective equipment for the country’s medical personnel.

“Laboratory workers, nurses, trainees and five doctors have been contaminated by the virus. “In all, about 30 members of the nursing staff are infected,” the president of the union, Dionadji Mbaiguinam told AFP on the phone.

“The medical staff are not equipped as they should be. It is through negligence that some have been infected, notably because of the lack of protective equipment and training,” he added.

Chad’s health ministry had not yet reacted by early Monday evening, when contacted by AFP.

Ranked among the poorest countries in the world, Chad had, according to a last count made public on Friday, 117 people infected with the new coronavirus, including 10 deaths.

The government has imposed a curfew on its territory but has not yet established a containment zone.

The wearing of masks is recommended in public spaces but not mandatory.