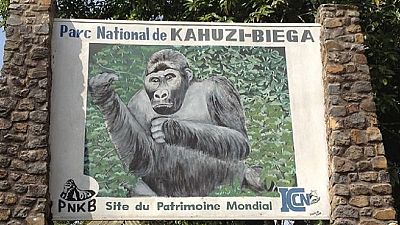 Four militiamen were killed and four wounded in the Kahuzi Biega National Park (PNKB) in eastern Democratic Republic of Congo during an operation against a group engaged in illegal activities.

A park guard was injured in the thigh during the joint operation conducted Monday and Tuesday by PNKB guards and the Congolese army, a park spokesman said.

The operation, which took place 50 km north of Bukavu, targeted a militia leader, named Chance, who managed to escape, according to the park.

PNKB is a sanctuary for the last remaining eastern lowland gorillas. It extends over 6,000 km2 (1/5th of Belgium), a large part of which escapes from the park management and is used as a refuge for illegal activities (armed groups, charcoal exploitation…).

The Kahuzi Biega National Park (PNKB) has tried in recent months to put an end to a conflict with Pygmy communities who feel that the park has stolen their ancestral lands.

The PNKB spokesman said last week that the Pygmies have been “influenced” by various actors, accusing “NGOs” and “farmers” in the region.

In the neighbouring province of North Kivu, 17 people, including 12 Rangers, were killed on Friday in an ambush near the Virunga National Park headquarters.