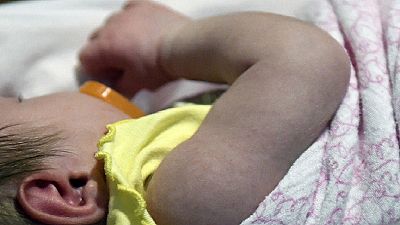 The hospital celebrated a feat it said was the first in the country and across Africa. The mother delivered the babies – a boy and a girl – via elective Caesarean section, a LUTH statement added.

The mother was carrying a pregnancy for the first time having undergone an In Vitro Fertilization, IVF, and embryo transfer at an outside facility.

“She was thereafter referred to LUTH at early gestation and subsequently managed till term,” the statement signed by chairman of the hospital’s Medical Advisory Council, Prof Wasiu Adeyemo added.

The parents were pictures with their children in a photo released by the hospital. Most people responding to the development which the hospital referred to as “Great News amid the COVID-19 pandemic” congratulated the parents and the medics for their efforts.

Great news amidst the COVID19 Pandemic: