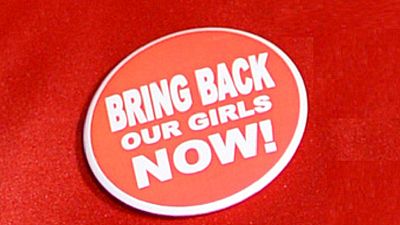 Activists of the Bring Back Our Girls movement, BBOG, have braved the dominance of the ongoing COVID-19 pandemic to commemorate the sixth year anniversary of the abduction of scores of school girls by Boko Haram in 2014.

Unlike in previous years when the group marched through the streets of the capital Abuja to demand the rescue of the remaining girls and other abducted citizens, much of this year’s commemoration was online.

“Join the demand to #BringBackOurGirls online today! Record and post a 1-minute video of your demand as we commemorate #6YearsTooLong for 112 #ChibokGirls who are still missing,” the official Twitter handle BBOG_Nigeria posted on Twitter. A call that was heeded by a number of activists.

The fourth annual Chibok Girls lecture was also delivered online – via Twitter. This year’s lecture was delivered by co-convener and former minister Obiageli Ezekwesili. It was under the theme, Empathy Gap: The Missing Link in the Making of a Nigerian Nation.

“We must keep making demands of the President & Federal Government to ensure the return of 112 Chibok Girls on captivity for 6 Years Too Long! We must remember the Chibok Girls and continue standing in the empathy gap until they are brought back,” the group said.

Like last year, the activists are pushing for the rescue of 112 remaining girls out of the 276 schoolgirls abducted six years ago. The mass abduction in 2014, the most infamous action of Boko Haram’s insurgency sparked a global outcry and the #BringBackOurGirls social media campaign.

They are also demanding rescue of two others: of Leah Sharibu, the Christian girl Boko Haram refused to release as part of the Dapchi abduction in 2018 and Alice Ngaddah, a UNICEF worker.

So far 107 of the girls have been found or rescued by the Nigerian military, or freed in negotiations between the government and Boko Haram.

The decade-old Boko Haram insurgency has killed more than 20,000 people and forced about two million to flee their homes since 2009. It is aimed at creating an Islamic state in the northeast of Nigeria.

President Muhammadu Buhari made crushing Boko Haram a pillar of his 2015 election campaign and he has vowed to spare no effort in ensuring all abducted Nigerians are freed. But his administration has failed to defeat the insurgency till date.

April 14, 2020: #BringBackOurGirls Statement on the 6th year mark of the #ChibokGirls’ abduction

“Today marks 6 years (2,192 days) since 276 schoolgirls were abducted from Government Girls’ Secondary School Chibok, Borno State, Nigeria. For 112 Chibok girls, their families and community, this agonising tragedy continues in a manner that has become far too familiar.

Crucially, the associated familiarity of the painful failures surrounding the Chibok girls bears a semblance of the normalisation of the abnormal.

“With each passing day, there appears to be an unacceptable expectation for the abductions to be relegated into oblivion – shamefully depriving those most affected the dignity, justice and closure that they each deserve. Therefore, the position of our movement today is anchored on the following key issues that must be highlighted at this time, never to be forgotten:”

The statement went on to touch on three major issues: The abduction and what it said was neglect of the cause to rescue the girls and other abductees. On the war against insurgency, it said it appears to have no end in sight whiles jabbing the government in the third part in a section on “features of poor governance.”

It concluded thus: “The concerns and demands outlined by our movement reflect the longstanding position of a movement that remains consistent in the face of the abnormalities that continue to plague the Nation.

“We insist on a truthful approach that draws upon the collective capacity, resourcefulness and willpower of a Nation led by a responsible Government that will address the issues raised.

“A failure to respond with the necessary urgency of purposeful efforts will undoubtedly sanction the painful cries of Nigerians – of the past, existent and to come in the future – in a true legacy of failure. Indeed, we would not have been here at all if the Government had greater empathy for its people.