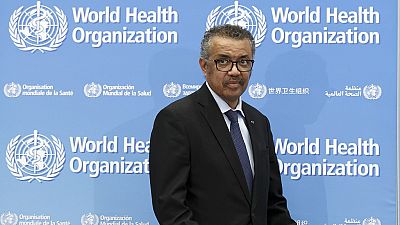 The Director General of the World Health Organisation, WHO, Tedros Adhanom Ghebreyesus, continues to dominate the international news headlines for issues around the coronavirus pandemic.

Aside his daily briefings on the pandemic which continues to see a rise in infection and deaths, Tedros has in the last couple of days taken on two sets of people – racist French scientists and global political leadership.

On Monday, Tedros condemned suggestions by two French scientists that potential vaccines for the new coronavirus should be tested on people in Africa. Asked about the controversial suggestion which had drawn ire of Africans, the WHO boss said it was appalling to hear such remarks from scientists in the 21st century.

“Africa cannot and will not be a testing ground for any vaccine. We will follow all the rules to test any vaccine or therapeutics all over the world suing exactly the same rule … whether it is in Europe, Africa or wherever.

“To be honest, I was so appalled and it was a time when I said when we needed solidarity, this kind of racist remarks actually would not help. It goes against the solidarity. Africa can not and will not be a testing ground for any vaccine,” he added.

Then on Wednesday came a threat to the WHO from its major funder, the United States, when president Trump posted a tweet criticizing the world health body. Trump accused the WHO of being “very China centric” despite being majorly funded by the US.

Reacting to the comments generally late Wednesday, Tedros said this was not the time for the world to go down the line of finger pointing when a pandemic was wreaking havoc on citizens of the world. He reiterated the importance of fighting together with solidarity to defeat the virus.

“So my advice, three things: Please, unity at national level. No using COVID for political punches. And then second, honest solidarity at global level and honest leadership from the US and China. Like the Cold War, we have less problems compared to (the) Cold War, those who have differences should join hands to fight it.

“We shouldn’t waste time pointing fingers. We need time to unite and what I am saying is not in vain. I have seen leaders who are preaching about this, many leaders for the last three months, I’m just joining them. And we can make it, let’s unite,” he said.

WHO chief talks tough after Trump threat
- With a divided front, ‘the virus succeeds’
- Any death ‘is a disaster when we can prevent it’
- ‘No using COVID for political punches’
- World needs ‘honest leadership from the US & China’
- No need to ‘waste time pointing fingers’ https://t.co/IPTD3o3q8e

Africa has confirmed about 11,500 cases as of April 9, fewer COVID-19 cases as compared to other continents. The total death toll was heading to 600 with over 1,400 recoveries. But the WHO has warned that it could be badly exposed due to unpreparedness and porous health care systems.