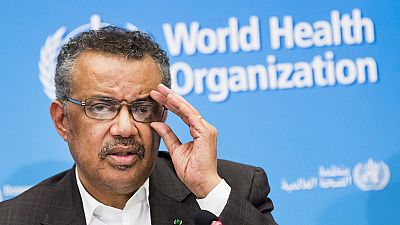 The World Health Organization boss has described as “racist” and a hangover from the “colonial mentality,” recent comments made by two French scientists suggesting a vaccine for the new coronavirus should first be tested in Africa.

In his daily briefing on the pandemic, WHO director-general Tedros Adhanom Ghebreyesus stressed that all accepted protocols will be followed in any vaccine administration any where in the world. “Africa cannot and will not be a testing ground for any vaccine.”

“Expressing disappointment at the comments, Tedros added “we will follow all the rules to test any vaccine or therapeutics all over the world suing exactly the same rule … whether it is in Europe, Africa or wherever.”

To be honest I was so appaled and it was a time when I said we needed solidarity. These kind of racist remarks will not help. It goes against the solidarity… The hangover from colonial mentality has to stop. WHO will not allow this to happen.

“It was a disgrace actually, appalling to hear during the 21st century from scientists, that kind of remark. We condemn this in the strongest terms possible.

Professors Jean-Paul Mira of Cochin Hospital in Paris and Camille Locht of INSERM (France’s national medical research centre) were debating possible COVID-19 cures on French television channel La Chaine Info last Thursday, and Mira asked: “If I may be provocative, should this study not be done in Africa?”

Locht then replied: “You are right. We are currently thinking similarly about a study in Africa regarding the BCG vaccine. There is a proposal that has gone out — or will. We will seriously consider it.”

Their comments drew a slew of criticisms on social media. A number of African sportsmen weighed in with that of Didier Drogba and Samuel Eto’o hogging major news headlines.