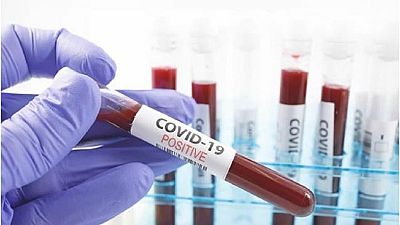 Côte d’Ivoire and Burkina Faso both announced on Friday evening the closure of their borders to combat the coronavirus pandemic.

“After assessing the pandemic” and to fight “against the spread of the disease”, “the government has decided to close land, sea and air borders to all human trafficking”, from Sunday at midnight, according to a communiqué signed by the Ivorian Ministers of Defense and Security.

The traffic of goods remains authorized, and “humanitarian and security corridors will be opened to meet the specific needs of managing the pandemic,” he said.

After assessing the pandemic and to fight against the spread of the disease, the government has decided to close land, sea and air borders to all human trafficking from Sunday at midnight.

A country of 26 million inhabitants, Côte d’Ivoire, which on Monday ordered the closure of all schools and suspended all sporting and cultural events, has 14 confirmed cases of coronavirus (including one cured), according to the latest official report published on Friday.

Muslim and Christian religious leaders have also announced the suspension of worship services.

In Burkina Faso, which on Wednesday recorded the first coronavirus-related death in sub-Saharan Africa, President Roch Kaboré announced in a televised statement the closure of land and air borders and the introduction of a curfew from 21 March.

“We must do everything possible (…) to interrupt the community transmission chain of Covid-19,” said President Kaboré, as 40 cases of coronavirus were detected in the landlocked Sahelian country of 20 million people.

The airports of Ouagadougou and Bobo-Dioulasso will be closed except for domestic flights, military flights and cargo.

Stressing the limitations of national health structures, and calling for “an exceptional and patriotic mobilization”, the president also announced the “immediate suspension” of biometric enrolment operations (capture, storage and processing of biometric data) in view of the coupled elections – presidential and legislative – of November 2020 and special operations for the issuance of Burkinabe national identity cards.

On 14 March, the Burkinabe authorities had decided to close schools, after having banned public and private demonstrations and gatherings three days earlier.

Burkina Faso registered seven new cases on Friday, including three members of the government, the ministers of education, interior and foreign affairs.