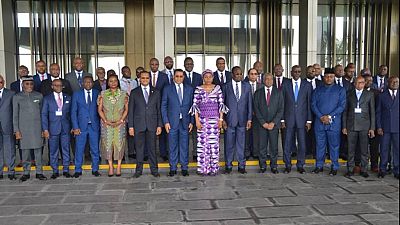 These are six panels which followed one another to take stock of the economic situation of the countries of Central Africa, during an event focusing on the financial market held in Brazzaville, capital of the Republic of Congo.

Among the main objectives of the event was to present the new opportunities offered by the unified financial market in the CEMAC zone, and to promote the role of this market.

Other aims included presentation of the structuring of the unified regional market and its contribution to the financing of regional integration and the methods of mobilization.

The event co-organized by the Central African Financial Market Supervisory Commission and the Congolese Ministry of Finance and Budget brought together 300 participants from a dozen countries and financial organizations as well as multilateral partners, notably the World Bank, experts, and regulatory authorities in Africa.

The opportunity was also given to present the capacities of the financial market to create value and generate economic performance in Central Africa. Panelists also looked at the the region’s suitability for investments, including the various regulatory developments.

French-speaking sub-Saharan Africa remains the engine of African growth, according to data provided by the World Bank in its latest report in the “World Economic Outlook”. However, it still faces multiple challenges in all sectors.

This major reform augurs better days for the financing of our public projects and the recovery of our economies, since it consolidates the advantages of a single financial market, benefiting from our solidarity in terms of material, financial and human resources, these ate the views of Ingrid Olga Ebouka-Babakas, the Minister of Planning, Statistics and Regional Integration who represented Calixte Nganongo, the Congolese Minister of Finance and Budget.

Six panels to furnish the exchanges