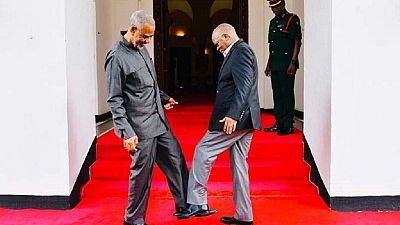 Several heads of state of different African countries have issued strong statments and taken actions to support their health, internal and foreign ministries in preventing the spread of the coronavirus within their territories.

While most countries’ coordination efforts are led by health practitioners responsible for testing, immigration officials who do screening at ports of entry and diplomats who coordinate efforts with international partners, several presidents have stepped in to demonstrate to the public their governments’ commitment to safety.

In this article, we look at the actions and statements of some presidents. 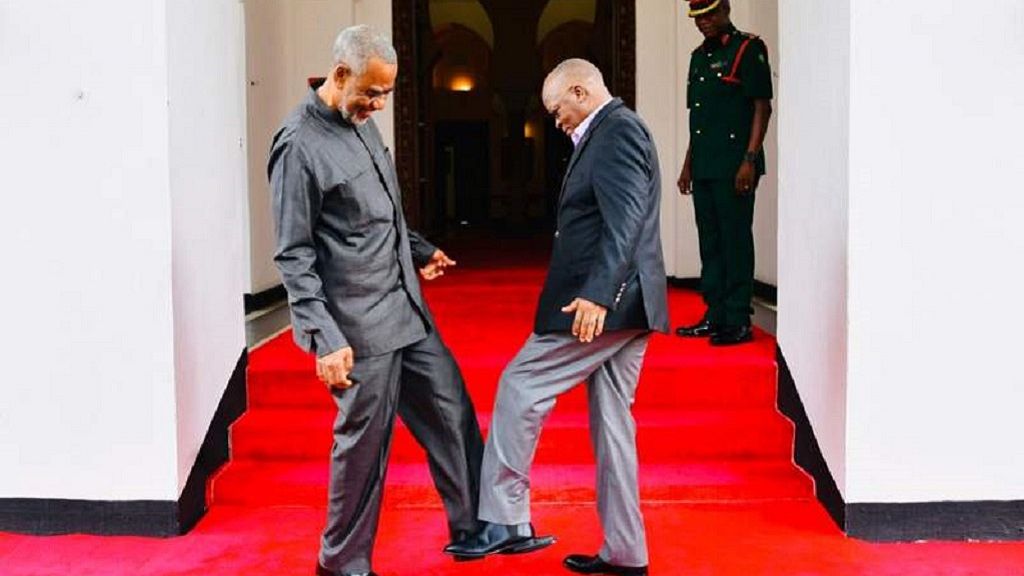 The directive not to shake hands is one of several measures issued by the health ministry to prevent the spread of the coronavirus.

The other measures, which have also been implemented by other governments around the world include avoiding hugging, kissing and greeting people by hand to prevent the spread of the virus.

Tanzania has not registered any suspected cases.

South Africa’s president Cyril Ramaphosa last week ordered for the evacuation of the country’s nationals who had asked to leave China.

“It is estimated that there are 199 South Africans citizens in Wuhan as per the latest consolidated list from the Department of International Relations and Cooperation. At this stage, 132 of them have expressed the desire to be repatriated,’‘ Ramaphosa said in a statement.

“None of the affected individuals has been diagnosed with the virus nor have they exhibited any symptoms thereof. Upon arrival in South Africa, they will be placed in quarantine for 21 days as an additional precautionary measure.”

The president on Monday said he believed the spread of the coronavirus to over 70 countries worldwide would affect South Africa’s economy which this week slipped into a technical recession.

Two South African nationals working on the Princess Diamond cruise ship tested positive for the coronavirus and are receiving treatment in Japan. 10 more South Africans who worked on the cruise ship who tested negative have also been quarantined for further monitoring.

South Africa is the first major country in sub-Saharan Africa to evacuate its citizens.

Nigeria’s president Muhammadu Buhari last week issued a statement urging the country to remain calm after the country registered its first case, an Italian national who works in the West African country.

Buhari urged citizens to “refrain from panic” adding that “undue alarm would cause more harm than good”.

The statement also praised the Ministry of Health, the Centre for Disease Control and state governments for their response after the first case was confirmed on Friday.

In the wake of fake news and misinformation around the coronavirus, the president told Nigerians to only trust information provided by the government and the World Health Organization and to follow their advice to prevent transmission.

As Kenyans panicked over the resumption of flights by a Chinese airline to Nairobi, president Uhuru Kenyatta broke his silence to reassure the public on the government’s commitment to preventing the spread of the coronavirus.

“Kenya is a major international transport hub, with 70 per cent of international passengers in transit, and there is a significant threat arising from the spread of the coronavirus to Kenya from countries that have new and ongoing outbreaks of the pneumatic disease,” the Head of State said in his Executive Order Number 2 of 2020.

Kenyatta in his directive ordered for the setting up a 21-member task force and the completion of an isolation centre at Mbagathi Hospital in Nairobi within seven days.

The President also ordered for the identification and preparation of isolation and treatment facilities in all Level Five and referral hospitals across the country to be concluded by March 15, 2020.

The National Emergency Response Committee led by the health minister has different cabinet secretaries including those in charge of Defence, Transport, Foreign Affairs, and Information Communication.

It would also have directors-general of Medical Services, the Kenya Civil Aviation Authority and Kenya Airports Authority, in addition to the Director of Immigration.

The team put in place by the president will also formulate, enforce and review processes and requirements for entry into Kenya of any persons suspected to have travelled to a coronavirus infested area.

Uganda’s president Yoweri Kaguta Museveni urged citizens to take extra precaution in the wake of the coronavirus, saying the government would do all it takes to prevent its spread in the country.

The president said focusing on behavioural change would go a long way in securing the lives of citizens, drawing parallel’s with the country’s successful campaigns against HIV and Ebola.

‘‘I am therefore appealing to every one of you, let us prevent this disease even at a personal level by precautionary behavior, we fought Aids by behavior even before we got medicine,’‘ the president said.

‘‘Now as the ministry of health guides us, let us take a personal decision not to shake hands unnecessarily or expose ourselves to conditions that will facilitate the spread of Coronavirus.’‘

Fellow Citizens, People in Uganda, today I want to address you on the issue of Coronavirus. Coronavirus is real, it does not kill as much and fast like Ebola, but spreads at a very terrific rate. It undermines economies because it is disruptive and inconvenient. pic.twitter.com/MDaZJkeheG

Rwanda’s president Paul Kagame last month fired the health ministry, saying she had lied about the number of coronavirus testing kits available in the country.

Kagame, who was speaking at the National Leaders’ Retreat said Diane Gashumba claimed that there were 3,500 kits available to test individuals for Covid-19, when there were actually just 95.

“One morning, I called one of the leaders and the Prime Minister about the Coronavirus and asked that they examine each one of us ahead of the Leader’s Retreat. I told them to tell the minister of health to ensure this.’‘

“She responded that we have 3,500 kits, and that using 400 of them to test leaders would seriously deplete the number of kits we have. The person I sent told her that the message is an instruction, and that if she has objections she should call me.

“Later we discovered that we do not have the kits as she said. We have kits for only 95 people and not 3,500. I asked her about this and she started giving excuses in a long story. You leaders, you cannot even speak the truth; how do you expect to solve problems?” President Kagame said.

The prime minister’s office had earlier said Gashumba was relieved of her duties following ‘a series of habitual gross errors and repeated leadership failures’. Gashumba had been health minister since 2016.

READ MORE: Updates on the coronavirus from the African continent