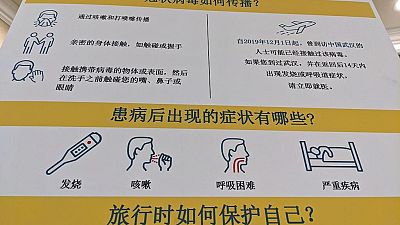 The head of the World Health Organisation (WHO) said on Friday there was a “fighting chance” of containing the virus that’s spread from China, but the crisis could get worse.

“Although the window of opportunity is narrowing to contain the outbreak, we still have a chance to contain it,” WHO director general Tedros Adhanom Ghebreyesus told reporters in Geneva.

But he added: “We have to prepare at the same time for any eventualities, because this outbreak could go any direction – it could even be messy.”

His comments came after South Korea announced a sharp rise in new cases.

Dr. Sylvie Briand, who heads global infectious hazard preparedness at WHO, cautioned that fatigue among overworked or understaffed healthcare workers also increases the risk of hospital-based infection, because in such cases, infection prevention and control measures tend to lag.