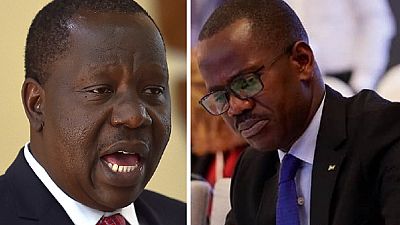 A court decision in Kenya dismissing a security guard’s case for unfair dismissal highlights the delicate position that security personnel find themselves in when interfacing with high profile government officials.

While the treatment of Kenya’s Cabinet Secretary Fred Matiang’i led to the dismissal of Daizy Cherogony, in Rwanda, the justice minister Evode Uwizeyimana was fired for harassing a security guard.

In this case, we compare the two cases and the different outcomes for the government officials and security guards involved.

“Evode parked his vehicle in a place that people are not supposed to park and then tried to enter a building without being checked. The security guard followed him and politely told him that he must be checked but he instead beat her and threw her to the ground,” Kagame explained.

“But it was not the first or second time. This is how he has been conducting himself and some of you knew this and you were quiet about it. You had shown him that he could get away with such behaviour. Which kind of people are you?”

Kagame blasted his ministers of failing the Rwandan people because of ‘lying, carelessness and indiscipline’.

I deeply regret what happened. It should not have happened to me as a leader and public official. I already apologized to the ISCO staff and I now do so publicly and apologize to the public as well. https://t.co/QtTeeId1Hn

In Kenya, a security guard was sacked for making the Interior Cabinet Secretary Matiang’i queue for a security check at Jomo Kenyatta International Airport on April 5, 2017.

Her employers, Kenya Airports Authority (KAA) jsutified her dismissal saying she was required to be disciplined, respectful and courteous to clients. KAA also argued that her actions caused a delay in departure of the flight by 32 minutes.

Cherogony sued KAA, saying she was victimised by her former employer and arguing that her sacking was unlawful. She said asking Matiang’i to queue did not violate any of the KAA’s regulations and procedures.

“She was heard in terms of Section 41 and her rights under Article 41(1) safeguarded. Since there was cause for the dismissal and basis for a summary dismissal on account of gross misconduct, the suit is only fit for dismissal,” the judge said.