<p>The much-awaited rematch between two heavyweight champions will come off in Las Vegas, United States this Saturday.</p> <p>Tyson Fury and Deontay Wilder are gearing up for this highly anticipated bout.</p> <p>“This is the biggest fight in the last 50 years in heavyweight division so both men are putting it on the line and the fans are the only winners here on that Saturday night because we both have a lot to lose. We’re gonna put on an entertaining fight and may the best man win.” Reporter: “Are you still sticking by (your predicion of a) 2nd round knockout?” Fury: “One hundred percent, second round, two rounds”, Fury said.</p> <p>Wilder’s <span class="caps">WBC</span> heavyweight title will be on the line. The champ is assuring fans of an amazing fight.</p> <p>“This is living witness that things can happen, people can come together and make the best fights happen for the fans to see because that’s the only way we’ll really truly know who is the best in the division and as a heavyweight and it (heavyweight division) was down so many years and now it’s on fire, it’s an amazing feeling just to be a heavyweight right now, but it’s amazing just to put aside all the egos all the politics all the things that’s involved in boxing from not making fight happen, and we can finally come together, and eat at the dinner table together, and give the fans an amazing fight”, Wilder said.</p> <p>The two fought to a draw in December 2018. </p> <p>Fury is the lineal heavyweight champ of the world. Wilder is undefeated at 42-0 with one draw. Forty-one of his wins came by knockout.</p> <p>Fury will step into the ring with a match record of 29-0, also with one draw. </p> <p>He has recorded knockouts in 20 of his ring wins.</p> <p><strong>AP</strong></p> 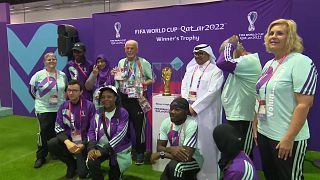