Despite the lack of legislation on hair length or hairstyles, children in Malawi have long been banned from wearing dreadlocks in public schools. For Rastafarians, this verdict is a vote of confidence in their culture.

An adherent of the culture,’ Limbani Selemani, is happy over the court’s decision but bemoans existing challenges: “After education, what to do? They should therefore extend this right even to offices, even in the corporate society a rasta should be incorporated.

“A rasta should be employed, if you have the merit, if you are qualified as a rastaman, you should be interviewed and employed before you are told to shave your dreadlocks.”

Before the advent of democracy in 1994 in Malawi, dreadlocks were banned in the southern African country. They were still banned, until this ruling, in public schools on the grounds that children had to maintain short hair.

Rastafarianism is a religious movement of Jamaican origin which considers former Ethiopian emperor Haile Selassie to be its Messiah.

The Rasta community hopes that this landmark decision will lead to more acceptance by the Malawian society, where Rastafarians are perceived as violent and uncivilized. 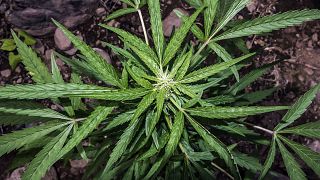