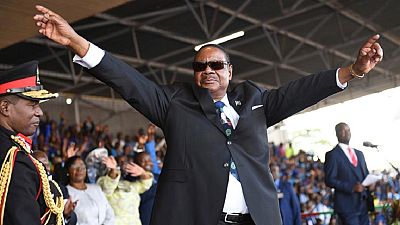 Earlier this week, the Constitutional Court annulled the vote held last May that returned Mutharika to power as president. It cited “widespread, systematic and grave” irregularities, which included results sheets with sections blotted out or altered with correction fluid.

“I can confirm that the court has received both appeals by first respondent (the president) and second respondent (electoral commission),” High Court Registrar Agnes Patemba told Reuters on Friday.

I can confirm that the court has received both appeals by first respondent (the president) and second respondent (electoral commission).

Mutharika had denounced the ruling as “a serious subversion of justice, an attack on our democratic systems and an attempt to undermine the will of the people”.

The electoral commission argues that the judgement was based on several issues that were not raised in the original petitions by main opposition party leader Lazarus Chakwera and estranged Vice President Saulos Chilima.

Mutharika, a 79-year-old former law professor, has managed to rein in rising prices of basic goods and improve roads and other infrastructure.

However, critics accuse him of cronyism and failing to tackle graft in the southern African nation, which is frequently beset by droughts and depends heavily on foreign aid.