US worried over Guinea's referendum vote, questions fairness of process 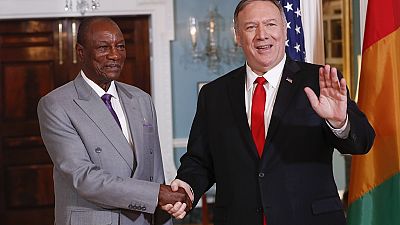 The United States has officially reacted to plans by Guinean president Alpha Conde to revise the consitution in a move aimed at running for a third term in office.

Condé announced in a statement this week that the country will hold a two-way vote on March 1 – for legislative elections and a controversial constitutional referendum.

The US Secretary of State, Mike Pompeo, posted on Twitter that America was “concerned over Guinea’s current plan to hold legislative elections and a constitutional referendum on March 1.

“We urge all parties to peacefully resolve issues with voters rolls and uphold their commitment to conduct an inclusive consultation on the new constitution,” he added.

A statement issued by the Department of State said the US questions whether the process will be free fair and transparent and accurately reflect the will of eligible voters. It tasked government to play by United Nations standards for voter rolls.

Intense opposition pressure against the move did little to hold Conde, whom the opposition accuse of bidding his way to run for a third term.

Since mid-October, the West African nation has been the scene of protests against the long-standing plan of the president, who was elected in 2010 and re-elected in 2015, to contest the 2020 presidential race. The US also cautioned against repression of opposing voices.

Conde met with Pompeo in Washington for talks in December 2019. The president in an exclusive interview with Africanews stressed that Guinea was a sovereign nation that could use legal means to change its laws.

He also called out the opposition for being mischievous over an open process through which the voters roll was compiled. The opposition says they will boycott the legislative polls with their leadership vowing that the polls will not hold in the first place. 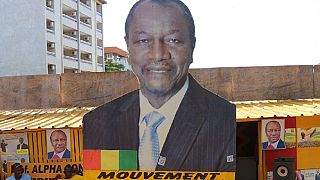 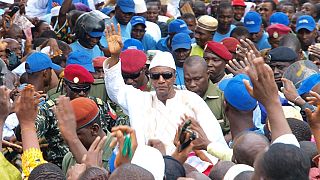 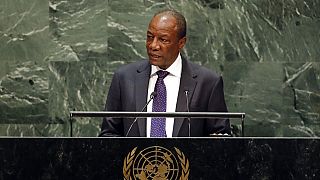 'No one tells Guinea what to do' - Conde warns foreign meddlers

'No one tells Guinea what to do' - Conde warns foreign meddlers