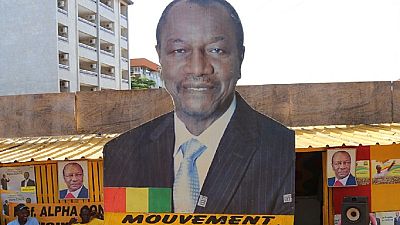 Guinea’s president announced late Tuesday that he would go ahead with a contested plan to revise the West African country’s constitution next month, a move that threatened to further inflame political tensions after a series of deadly demonstrations.

“This is a constitutional coup. I call on all Guineans to stand up to block the way to this treachery,” said opposition spokesperson Faya Millimono.

Tens of thousands have taken to the streets to protest President Alpha Conde’s proposal to amend the country’s constitution. The 81-year-old’s mandate ends in December, but the referendum if approved by voters would clear his path to seeking yet another term.

The president said late Tuesday that the referendum would be held simultaneously with legislative elections on March 1, which opposition parties already have said they will boycott.

“There will be no election or referendum,” said opponent Sidya Touré, leader of the Union of Democratic Forces of Guinea party. Presidential adviser Souleymane Keita has insisted that the vote will go ahead regardless of an opposition boycott.

Conde’s interest in prolonging his rule has not set well with many in Guinea, where longtime dictator Lansana Conte came to power in a 1984 coup and stayed in power until his 2008 death. 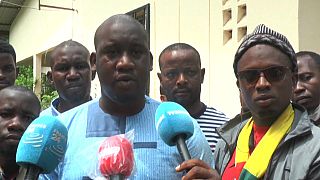