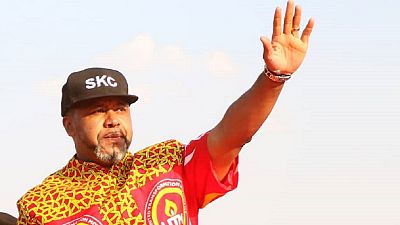 The first petitioner in the annulled May 2019 presidential election petition case, urged the chairperson of the Electoral Commission and all her commissioners to resign, following the court decision overturning president Peter Mutharika’s election victory.

Chilima also called on the international community to send election observers to ensure the credibility of the forthcoming elections.

Saulos Chilima, in the ruling was also re-instated as Vice President, despite running as opposition UTM candidate at time of election.

“We demand here and today that they – and the Chief Electoral Officer and all officers – resign immediately and leave office,” he told a rally of supporters to celebrate the court ruling on Tuesday.

“The court has declared them incompetent. They have no place in the governance of the new Malawi,” he added.

Malawi’s President Peter Mutharika disclosed late Tuesday that he plans to challenge the court’s decision, his spokesman said. After six months of hearings, judges on Monday ruled that Mutharika was not “duly elected.”

The court cited massive and widespread irregularities, including the use of correction fluid on score sheets. They gave orders that a rerun be held within 150 days.