Algeria: after one year, the "Hirak" wants to federate its forces 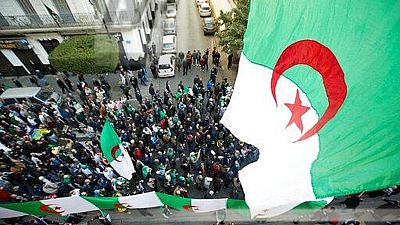 *A platform of parties and associations linked to the “Hirak” is holding this Saturday in Algiers with motive to try and federate this movement of popular protest.

The opposition coalition, which is part of the Pact for the Democratic Alternative (PAD), will debate the political situation after the 12 December presidential election, which was rejected by the Hirak but resulted in the election of a new head of state, Abdelmadjid Tebboune.

The PAD was formed after President Abdelaziz Bouteflika was forced to resign under popular pressure in April in order to develop a framework for changing the “system” in place since the country’s independence in 1962, notably by setting up transitional institutions.

“This conference will be a stage of convergence of all the forces of the democratic alternative with a view to holding a national conference independent of the government,” the PAD said in a statement.

“They will be open to all those who adhere to the project of the inevitable democratic transition and who reject the masquerade of the last presidential election and the current political operation which, through “consultations” and “constitutional review”, aims to legitimize the same de facto power,” the statement calls for.

“From protest to proposal”

In response to the wave of protest, Mr. Tebboune, 74, a former follower of Mr. Bouteflika, says he advocates dialogue.

He has promised a reform of the Constitution and a committee of experts has been set up for this purpose.

The Algerian president, who is trying to win the grace of the “Hirak”, has begun consultations with political figures – some of whom are reputed to be close to the dispute – in order to arrive at the promulgation of a “consensual constitution” which would be put to a referendum.

According to Mr Tebboune, “everyone’s opinion will be taken into account as regards the methodology to be followed, but also the problems facing the country”.

In addition, 94 persons detained for “Hirak-related” offences have been released in recent weeks, according to the National Committee for the Release of Prisoners (CNLD), in an apparent gesture of appeasement. But 124 remain imprisoned.

Even within its ranks, many question the direction that this movement, without a formal, plural and peaceful structure, should take today.

“Hirak began as a movement of pure protest. After a year, it seems that it should move from protest to proposal,” Louisa Aït Hamadouche, a professor of political science at the University of Algiers, told AFP.

For this political scientist, the constitution of opposition collectives or groupings “has in common to work towards a real democratic transition and a profound change in the system of governance.

“These initiatives are not intended to structure the movement, but are all part of the objective of a peaceful revolution aimed at changing the system,” says Abdelkader Kacher, a professor of constitutional law at the University of Tizi Ouzou.

The 120 signatories of the appeal – academics, lawyers, journalists and students – aim to bring together all the initiatives of the parties linked to the protest movement.

“These forces emerging today are the embryos of tomorrow’s parties, unions and organisations,” Reporters Without Borders said. It is natural and salutary that the Hirak will allow the birth of a new political class,” said Ms. Aït Hamadouche.