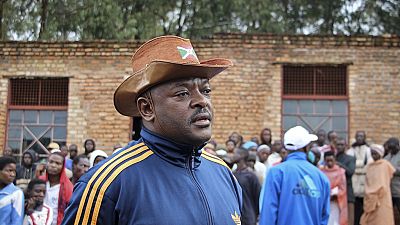 Nkurunziza is set to leave the presidency after the May 2020 elections, and his ruling CNDD-FDD party will select its candidate for the elections on Sunday.

The former rebel leader who has led Burundi since 2005, threw the East African country into chaos in 2015 when he ran for a disputed third term that some called unconstitutional. He however said he will not run again when his current term expires this year, despite a new constitution in 2018, adopted by referendum, allowing him to do so.

Some of the perks Nkurunziza is set to receive when he retires include;

The title of ‘supreme leader’ will also be bestowed upon the 55-year old leader. Jean Claude Karerwa Ndenzako, a spokesman for the presidency, tweeted that the Cabinet took the decision to make President Pierre Nkurunziza “Paramount Leader, Champion of Patriotism and Leadership Core.”

Lofty titles have been given to Nkurunziza before. In 2018 the ruling party called him “the eternal supreme guide,” a description mocked by some of the president’s critics.

The legislation, adopted with 98 votes for and two against, differentiates between former heads of state elected via universal suffrage — of which Nkurunziza is the only candidate — and those who came to power via peace deal or military coup.

“A president who came to power via the simple consensus of a group of politicians does not have the same regard as one who was democratically elected,” Justice Minister Aimee-Laurentine Kanyana told the national assembly.

The cost and size of the villa that will be provided are not specified.

“The benefits that will be given to a president at the end of his mandate are exorbitant if one takes into account the crisis in the country, but it is a positive measure as it seems to indicate very clearly that Nkurunziza will in fact not run for the presidency,” a diplomat in Burundi told AFP on condition of anonymity.

This retirement package is quite generous considering that in Burundi, more than 65 percent live in poverty and where 50 percent of the country is food-insecure, according to the UN’s World Food Programme (WFP).